When United States Attorney General Robert H. Jackson was appointed to the U.S. Supreme Court in July 1941, he brought a young U.S. Department of Justice lawyer, John Francis Costelloe, with him to be his law clerk.

John Costelloe—who was “Johnny” to Justice Jackson and to no one else—was an excellent law clerk. He worked with Jackson at the Supreme Court for more than two years, including on his now-canonical opinions for the Court in Wickard v. Filburn (1942) and West Virginia State Board of Education v. Barnette (1943).

John Costelloe also was a talented photographer. During his Department of Justice and Supreme Court clerkship years, he used his camera around Washington. Here are two samples of his work: a photograph of his desk in Jackson’s Supreme Court chambers, and a nighttime photograph of the Tidal Basin and the Jefferson Memorial. 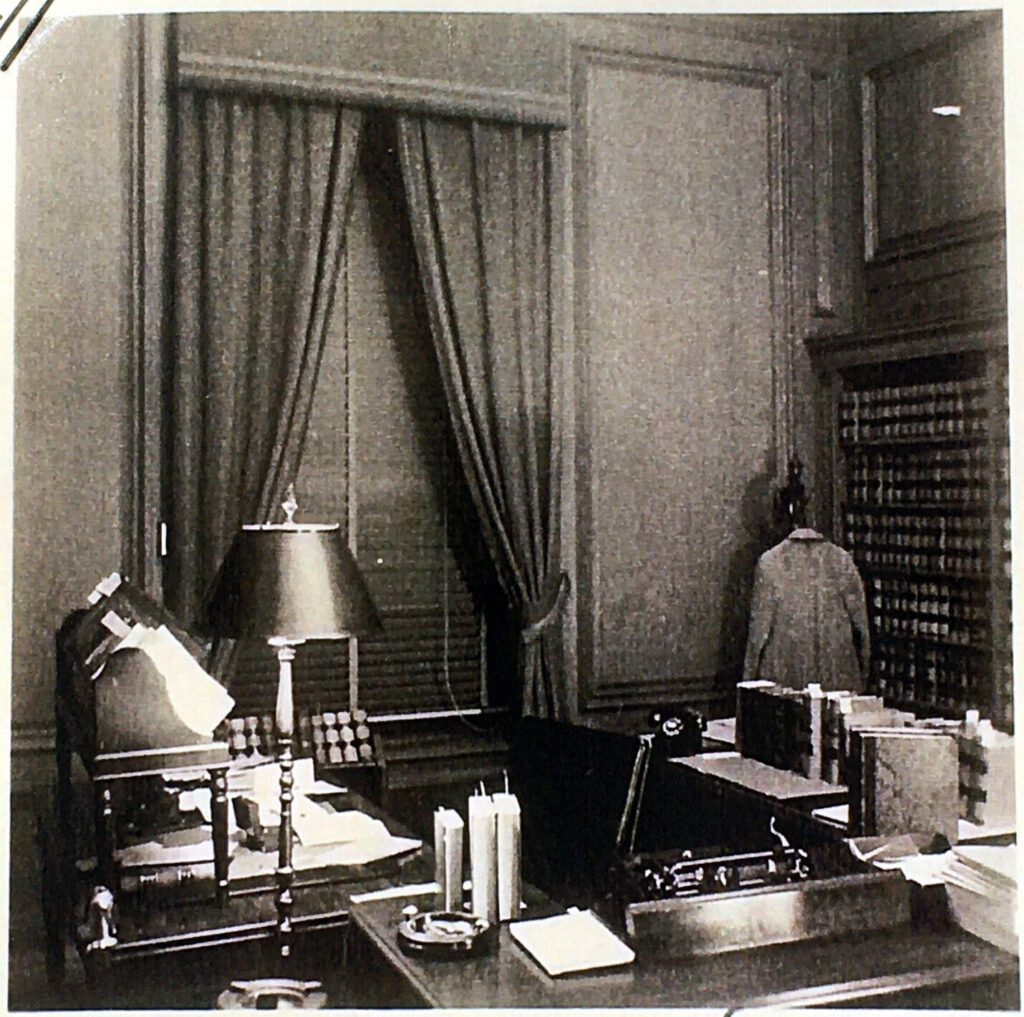 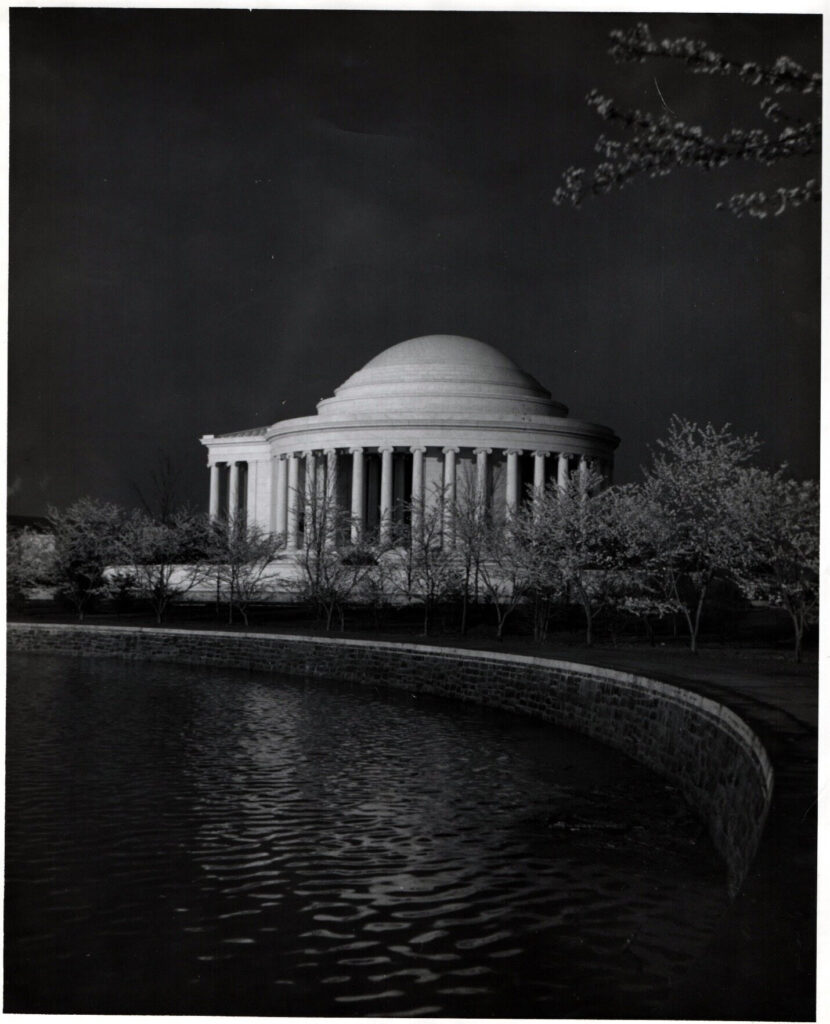 John Costelloe later developed and printed his close, candid portrait photographs of the justices. He sent each justice prints of “his” photograph(s) to keep. He also got most justices to return inscribed prints to him, one set for Costelloe to keep and one to give to his friend Carlton Fox, a Department of Justice tax lawyer who was well-regarded at the Court.

Costelloe moved to New York City and became a prominent tax lawyer, at RCA Corporation and then as a major law firm partner. During those decades and in retirement, he displayed his set of inscribed Supreme Court justice prints in his various homes. He also mentioned the photographs in an article. But with one exception—a “for you to keep” print that Costelloe sent to Justice Rutledge later was donated to the Library of Congress (click here)—Costelloe’s Stone Court photographs were not displayed in public or known outside small circles.

In recent years, John Costelloe’s widow and children entrusted a set of his prints to me. These photographs now are published in the current issue of the Journal of Supreme Court History, in the cover article that I wrote about Costelloe, Jackson, their close relationship, and the history of the photographs. The Journal is provided to members of The Supreme Court Historical Society, and to many libraries. It also is available for purchase online.

The article itself is, except for its first page, behind a paywall (click here). So until you are able to obtain a copy and see all of the photographs, what you can see, online and here, is the issue cover. It looks blurry, online and here. On the Journal cover itself, the photograph is one of John Costelloe’s two fine, crisp, evocative portraits of his boss, friend, and hero, Justice Jackson. 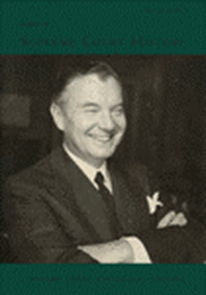