In the history of the Supreme Court of the United States, two people have held the title “Justice Jackson.”

Soon, wonderfully, there will be the third.

The first Justice Jackson—19th century Jackson—was Howell Edmunds Jackson, of Tennessee. He was commissioned an associate justice in 1893, when he was sixty years old. He soon became ill with tuberculosis and died in 1895.

The second Justice Jackson—20th century Jackson—was, of course, Robert Houghwout Jackson.  Born in 1892 in Pennsylvania, Robert was a small boy during Justice Howell Jackson’s brief service on the Court, but they were not related.  Robert moved to western New York State shortly thereafter.   It was his home from the late 1890s until the U.S. Senate in 1934 began confirming President Roosevelt’s nominations of Robert Jackson—ultimately there were six—to high federal offices.  He was commissioned an associate justice in 1941, when he was forty-nine years old.  He served on the Court, except for one year away prosecuting Nazis at Nuremberg following World War II, until his death in 1954. 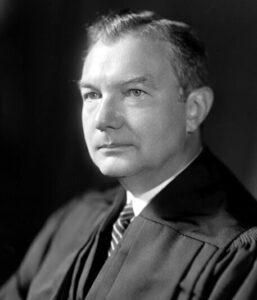 The third Justice Jackson—21st century Jackson—will be Ketanji Brown Jackson.  She is age fifty-one and a judge of the U.S. Court of Appeals for the District of Columbia Circuit.  Nominated in February by President Biden and confirmed yesterday by the U.S. Senate, she will become an associate justice when she is commissioned by the president, probably in June or July. 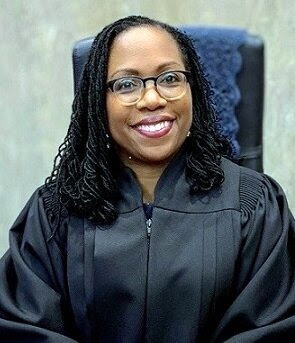 I always am reluctant to speculate when someone asks me, “What would Robert H. Jackson think?” about a contemporary event.

But for many reasons, I can say that he would be delighted about the coming appointment of the third Justice Jackson.

First, she is accomplished and excellent.  In her academic studies and achievements, in her clerkship training, in her years of private law practice, in her years of government service, in her writing and speaking, and in her personal temperament, she is superb.  Robert Jackson also was every one of those things, so of course he would like and admire that Ketanji Jackson is, well, so Jacksonian.

Second, Robert Jackson would admire what Ketanji Jackson has accomplished and represents as a path-marking woman.  He lived in much more sexist, male-dominated times than our own.  But he was somewhat better than other men in those times—he included strong, trusted colleagues who were women, including his own daughter, his excellent legal secretaries (who were senior advisers and de facto lawyers; one later became a judge), a senior military officer, and government lawyers in his range of high pursuits.  He would regard Ketanji Jackson as equal to any man and be glad to work alongside her on any team.

Third, Robert Jackson would be so delighted to see, in Ketanji Jackson, a Black woman becoming a Supreme Court justice.  He lived in very racist—segregationist; otherwise discriminatory; racially oblivious; white superiority-presumptuous—times.  Across his life, he grew to understand that and to push against it, piece by piece.  As a lawyer, he defended Black clients when others would not.  In government, he fought racial exclusions.  As the Nuremberg chief prosecutor, he saw and held accountable criminals who murdered based on eugenic theories and racist prejudices.  As a judge, he wrote powerfully against anti-Japanese racism (dissenting in Korematsu v. United States) and anti-Black racism (Shepherd v. Florida), and he was part of Court majorities that decided constitutional equal protection landmarks (Sweatt v. Painter; McLaurin v. Oklahoma State Regents; Brown v. Board of Education).  Thurgood Marshall was one of the Supreme Court advocates who Robert Jackson admired, greatly.  Marshall’s colleague Robert Carter told me that Justice Jackson was consistently an NAACP friend on the bench—by which Carter meant someone with a clean heart and an open mind.  Robert Jackson would detest any race-based thought that Ketanji Jackson does not belong on the Court or anywhere.

I know that Justice Robert H. Jackson would love to watch any Supreme Court argument next fall and in years ahead.

I am confident that if that could happen, he would be pleased, deeply, to look at the bench and see Justice Ketanji Brown Jackson.