Ambassador Kyslytsya deplored Russia’s criminal aggression against Ukraine. He called for the U.N. to stand against Russian aggression. Then he pulled out his phone and played a video of Benjamin B. Ferencz.

Following the war, Ben was a prosecutor at Nuremberg of Nazi mass murder.

Ben Ferencz has been, ever since, a global teacher. His message, learned in the horrors of war fighting, as an investigator at liberated Nazi concentration camps, and as a Nuremberg prosecutor, is simple and profound. It is the message that is before all of our eyes, seeing war in Ukraine:

War brings only suffering and death.

War is the supreme international crime.

We must choose law not war.

Here is video of Ambassador Kyslytsya’s March 2 speech at the U.N. He plays the video of Ben Ferencz starting at time counter 11:45:
https://www.c-span.org/video/?518313-4/ukraine-ambassador-remarks-un-general-assembly-debate.

For more information on Ben Ferencz, here are resources, including many that are Ben himself—

Thank you for being humanity’s lawyer and teacher.

Thank you for being a hero, dear friend, and permanent inspiration to me and so many others. 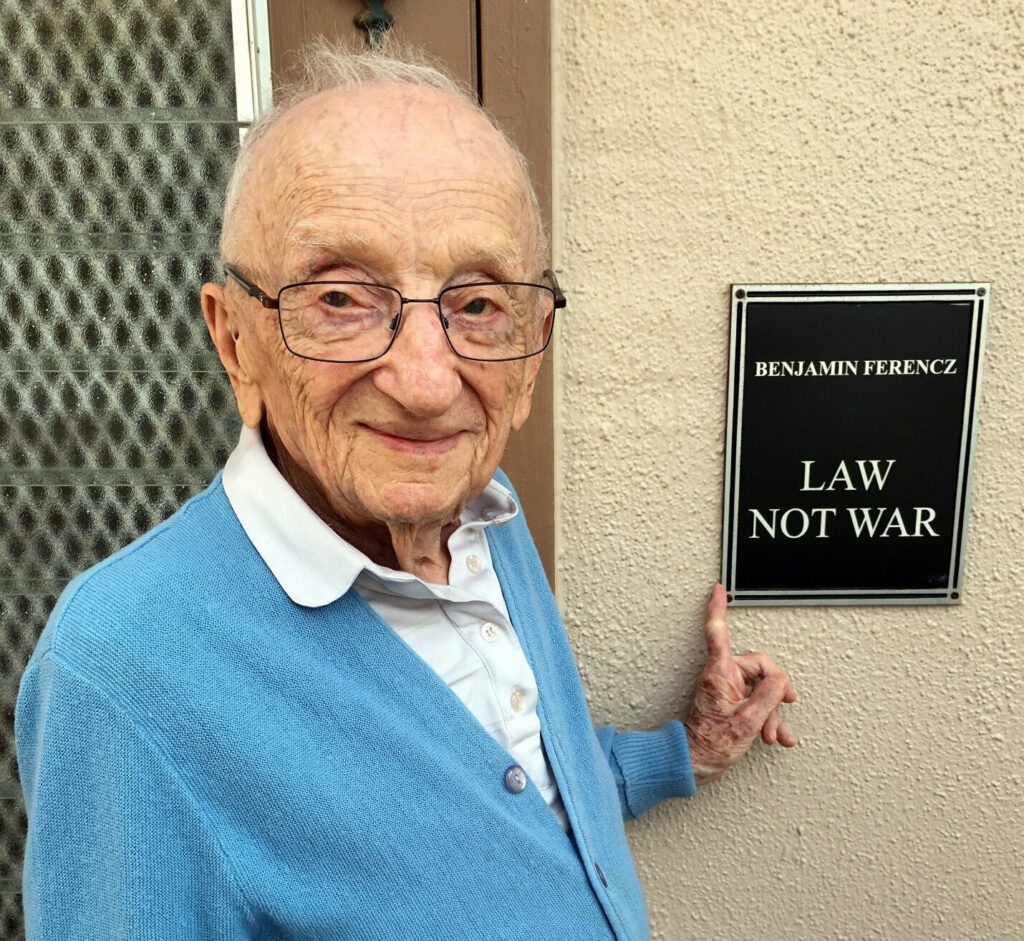