A few months earlier, Justice Jackson had met Rehnquist at Stanford. Jackson had been visiting his former law clerk Phil Neal, a Stanford Law School professor, at his home. Professor Neal asked Jackson if he wished, while there, to interview Neal’s top student as a clerkship candidate.

That person was Rehnquist. He was around because he was taking summer classes.

Jackson said sure. He met with Rehnquist in Neal’s faculty office

Rehnquist reported that he would be graduating from Stanford in December. Jackson said that Rehnquist should take the bar examination thereafter, as soon as he could. Jackson told Rehnquist that he had an excellent law clerk and no immediate need for a second one. But Jackson added that he might have enough work to take on a second clerk in early 1952 and that he would be in touch with Rehnquist then.

By late November or early December, Rehnquist, about to finish law school, had heard nothing from Jackson. So he wrote him a gently nudging letter. Rehnquist told Jackson that he had California law firm job offers and did not want to let them based on the mere possibility that Jackson would offer him a clerkship.

Jackson, a practical, direct person, responded immediately. He wrote to Rehnquist on December 4, 1951, offering him the job.

Rehnquist clerked for Justice Jackson from late January 1952 until June 1953.

Rehnquist’s clerkship was interesting, challenging work, and it turned out to be very consequential in the path of his life. It was a powerful credential and valuable experience that helped him when, starting in 1953, he practiced law in Arizona. (He never made it to California.) It also made him interesting, at least, as he worked in Arizona and then national Republican party politics.

In 1969, President Nixon and the Senate appointed Arizona lawyer Richard Kleindienst to serve in the U.S. Department of Justice as deputy attorney general. Kleindienst then recommended, and Nixon nominated, his friend William Rehnquist to serve as assistant attorney general heading DOJ’s office of legal counsel. Rehnquist was qualified to lead its work providing constitutional advice to the executive branch because, among other experiences, he had been a Supreme Court law clerk.

Nixon’s early reactions, captured on tape, were not enthusiastic.

Then advisers informed Nixon that Rehnquist had clerked for Jackson.

That, in an instant, clinched a nomination for Rehnquist.

Richard Nixon had, since his 1930s law student days, admired Robert H. Jackson greatly. Good enough to clerk for Jackson was, to Nixon, good enough to serve on the Supreme Court. 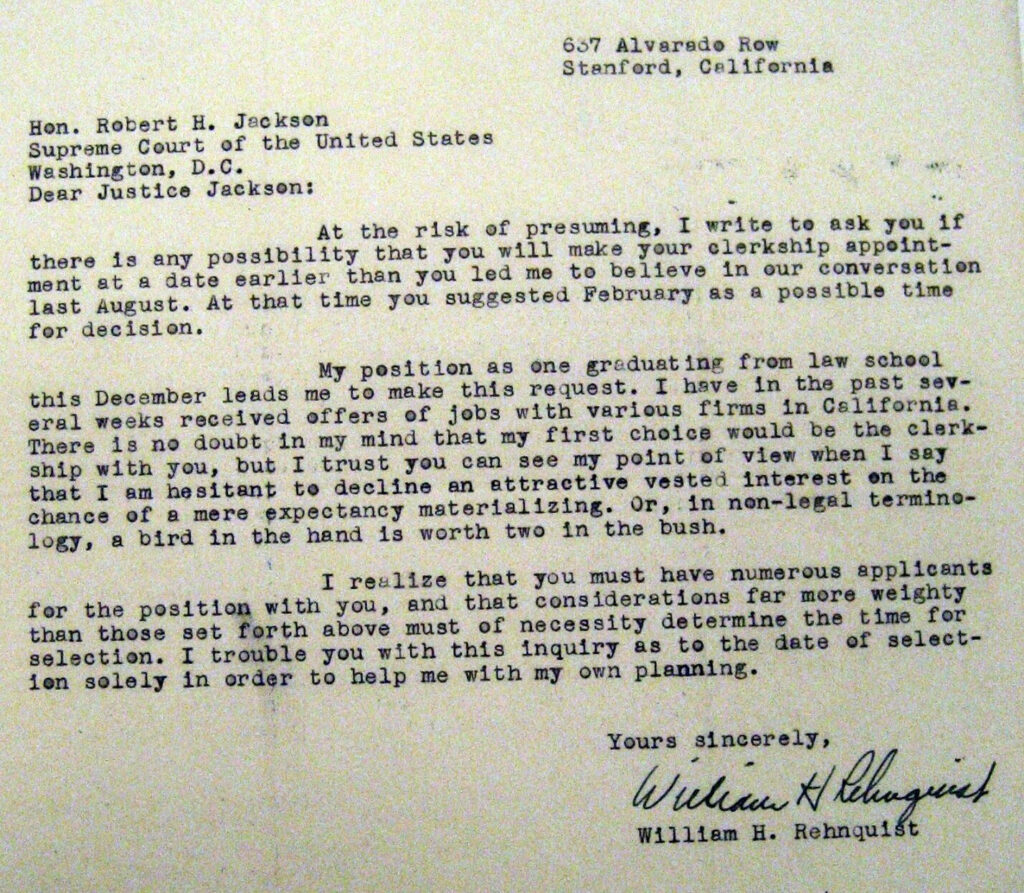 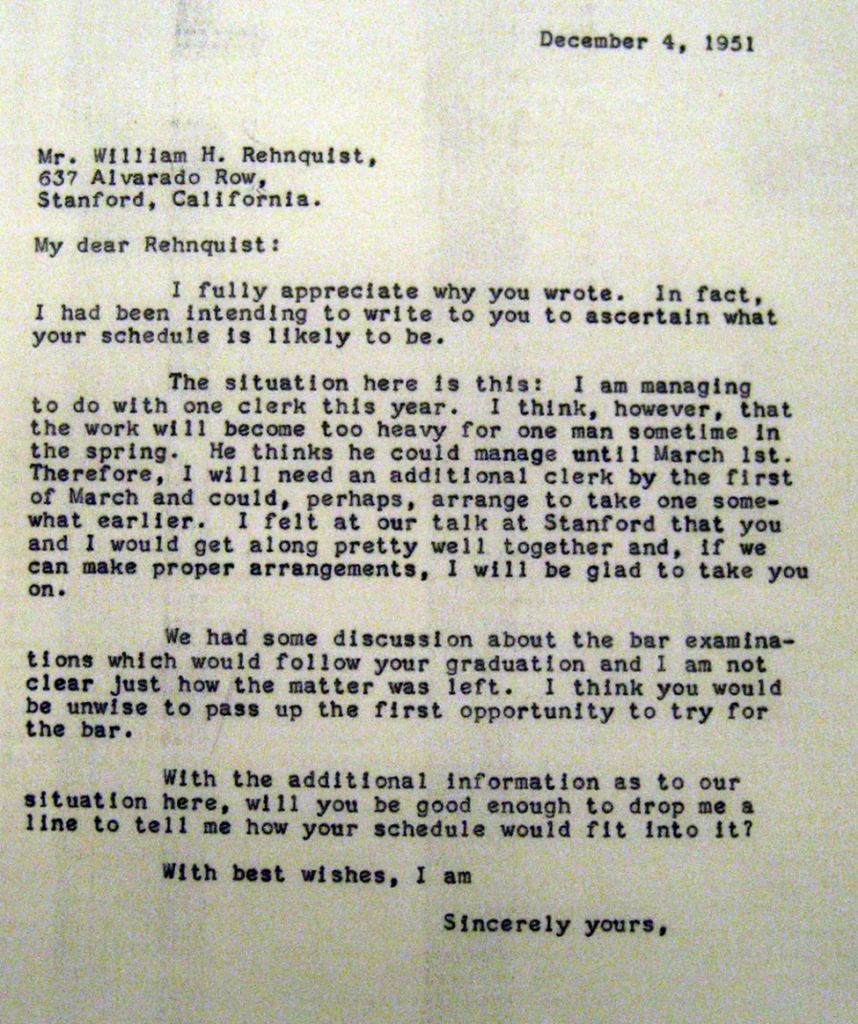