I am very saddened that Eleanor Jackson Piel, a great New York City lawyer, has died at age 102.

Mrs. Piel, as some called her, was a trailblazer, including as a brave civil rights lawyer. She also was extraordinarily wonderful as a person. I was lucky to know her a bit, including from her generous visits to speak to law students at St. John’s University. She always was “blow-the-crowd-away” awesome—she was the lawyer and the person we all wanted to be.

I recall speaking to Eleanor about Justice Robert H. Jackson. She admired him, including for his dissenting opinion in United States v. Korematsu and for his work as a post-World War II war crimes prosecutor (as she had been too, in Tokyo).

I did ask her the obvious question.

She answered no—they were not related.

His Jacksons were 18th century Scottish-Irish immigrants to the U.S.

Her Jacksons were made in America. Sometime before Eleanor was born in 1920, her father Louis Koussevitzky emigrated from Lithuania to the U.S. Upon arrival, he changed his surname to Jackson. Eleanor explained that Louis picked “Jackson” because it was the most American surname that he could conceive.

Maybe that was true at the time.

I hope that today this idea is more amusing than true.

I know that if the U.S. today is closer to its egalitarian ideals, that progress is due to the work of heroes like Eleanor Jackson Piel. 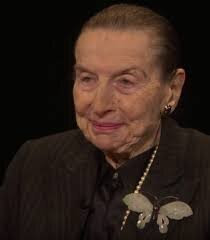